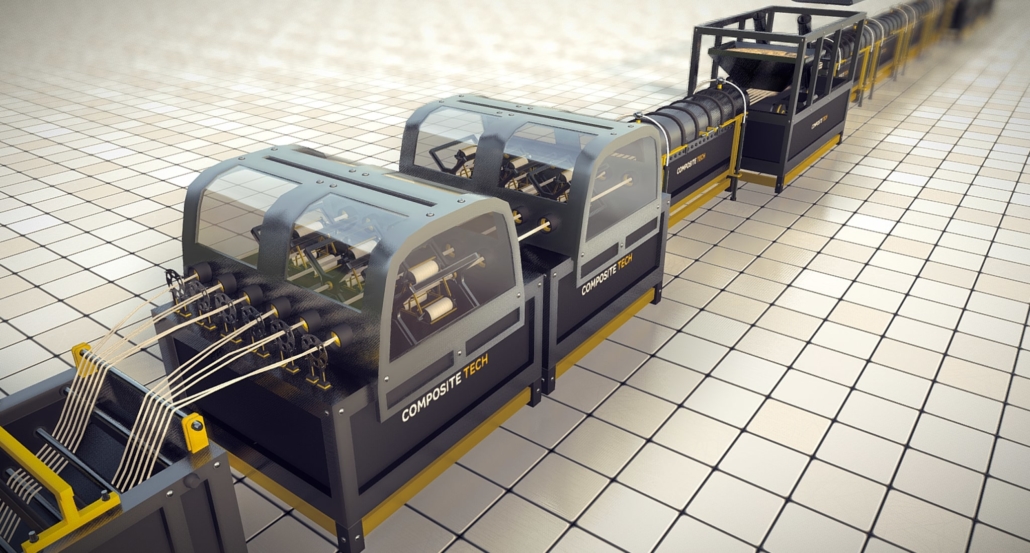 What is FRP Rebar?
Fiberglass-reinforced polymer FRP is a strong, lightweight construction material valued for its resistance to corrosion. Being essentially a spirally-twisted structural reinforcing rod, FRP is frequently called composite because it is made of a combination of different substances, including plastic resin and fibers of glass. The mixture of these two materials results in the production of FRP or fiber-reinforced plastic that never reacts to the chloride-rich environment, getting an edge over corrosion-prone iron and steel.
The plastic resin acts as a binding agent to bond the glass fibers together in the structural layer of FRP. This resin can also be enhanced with many other inclusions to achieve better characteristics of the final product, such as fire resistance, temperature resistance, and elevated durability against corrosives.
If to speak about FRP rebar vs steel rebar, a remarkable difference between FRP and steel is the service life. Unlike steel products, fiberglass rods can serve as long as 80 years. FRP rebars do not develop rust, and they are also resistant to acids and corrosion.
In contrast to metal, FRP features lower thermal conductivity, which means fiberglass products are good heat insulators. A fiberglass mesh is a popular material for civil engineering and construction. It is frequently used to build scientific and medical buildings where sophisticated medical equipment and devices are found because FRP does not interfere with their performance.
The installation of FRP armatures is also quite a simple process where rods are tied with joints, without needing to be welded. FRP rebar deserves serious consideration from those who want to save much money on construction or reinforcement works because it is significantly cheaper than steel and easier to transport to the construction site.
Now, after a short rundown on FRP, we can proceed with exploring the areas of application of this wonderful material.

What Is FRP Rebar Used For?
Being a non-corrosive alternative to steel and iron in concrete reinforcement, fiber-reinforced plastic is used in various structural and architectural applications where corrosion or extreme temperature changes may present a serious concern. Thanks to its long service lifespan and robustness against corrosion, fiberglass rebar is applicable in marine construction, IT, chemical processing industries, and healthcare facilities.
For example, FRP bars can be used to buttress such constructions as bridges, highways, barrier walls, tunnels, wave breakers, parking garages, and balconies – they are all examples of structures in harsh environments where FRP is a decent replacement for steel reinforcement. In fact, any specific type of structure that requires being non-corrosive and extremely durable can be secured with FRP rods. Moreover, as FRP is nearly four times as light as steel, fiber-reinforced plastic makes a more lightweight, safer, cheaper, and easier-to-install option for reinforcing concrete.

Where Are FRP Rebars Used?
The range of applications of FRP materials is extensive. Here are a few examples of where fiberglass rebars or fiberglass mesh can be used.
• The high energy absorption of fiber-reinforced polymer makes it suitable for fortifying engineered structures that are subjected to dynamic and impact loads, including constructions that are exposed to wind, waves, high traffic, earthquakes, and blasts as well as a risk of falling or hitting one object on another.
• Subsea pipes for deep water can also be produced from fiber-reinforced polymers since this material offers remarkably increased buoyancy (due to their low density) compared to metal.
• Stairways and walkways can also be secured with FRP because the material is lightweight and rust-proof.
• One of the most important applications of FRP is seismic retrofitting where existing structures are modified and improved to make them more resistant to seismic activity (ground motions, soil subsidence, etc.).
• FRP rods are used for reinforcing underwater pipelines and structural parts of waterside platforms. Besides that, the FRP rebar is completely tolerant to the detrimental effect of chloride ions. Plus, it has high tensile strength, making it applicable for marine or coastal concrete projects, such as constructing wharves, fending groins, diaphragm walls, or water purifying facilities.
• FRP rebars are put to good use in internal reinforcement projects for concrete structures such as the production of tunnel segments or retaining piles for foundation pits.
• FRP mesh and rods are used for boosting various structures made from concrete, masonry, timber, and steel, and they make a common reinforcement material in constructing manufacturing facilities and factories.
• FRP armature is used in pre-tensioned concrete for applications where extreme resistance to corrosion is vital, such as to produce bridges, barrier walls, or decks.
• Fire resistance, anti-static, and explosion-proof qualities lend FRP applicability in such spheres as mining road support, chemical processing industries, civil engineering.

Fiberglass Tanks and Silos
Scroll to top
Get Business Plan